The number of bacteria were determined by the pour plate method using Tryptic Soy Agar (TSA). The control was plated at “0” contact time. The nine flasks were agitated in a reciprocal shaker at 120 RPM. After one hour, all bacteria samples were plated and incubated for 24 hours at 35°C. 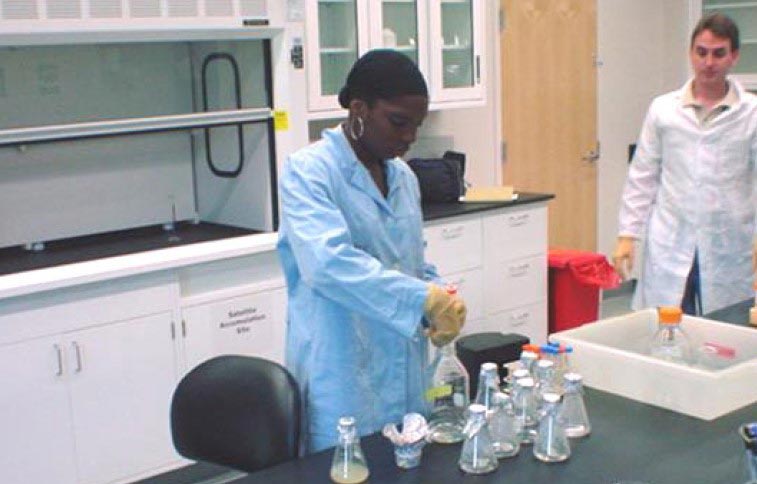 It was discovered that the antimicrobial agent did exhibit the ability to kill the three species of bacteria. 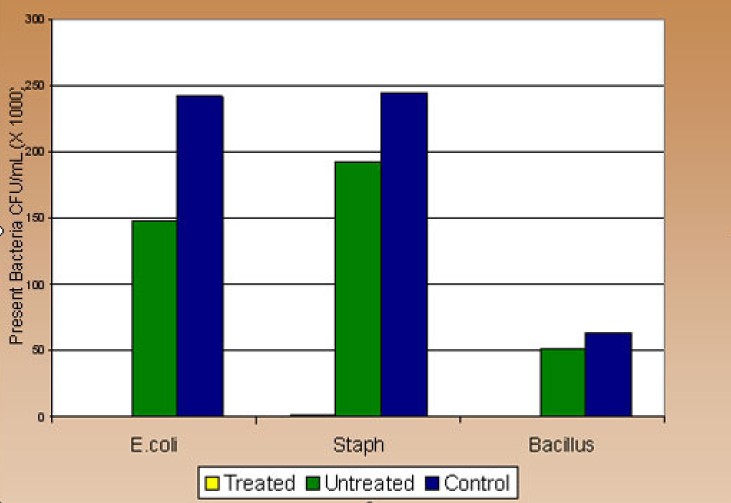 Above: Comparison of all pure cultures used with and without the antimicrobial agent.

This research was conducted as part of the 2004 Spaceflight and Life Sciences Training Program funded by the National Aeronautics and Space Administration. The authors recognize the support of the Dynamac Corporation, the NASA Spaceflight and Life Sciences Training Program Academic Partner Alliance and the United States Department of Agriculture. I would like to thank my Principal Investigator, Randall Sumner, for his hard work in preparation of this research, and I would also like to thank Jason Johns and Adam Santone for their help and guidance in this research.

Get Help from Our Experts

Schedule a free consultation with our indoor environmental experts now!