You are here: Home / Blog / Today’s Prevalent Infection Threats – A Comparison of Control and Prevention Methods 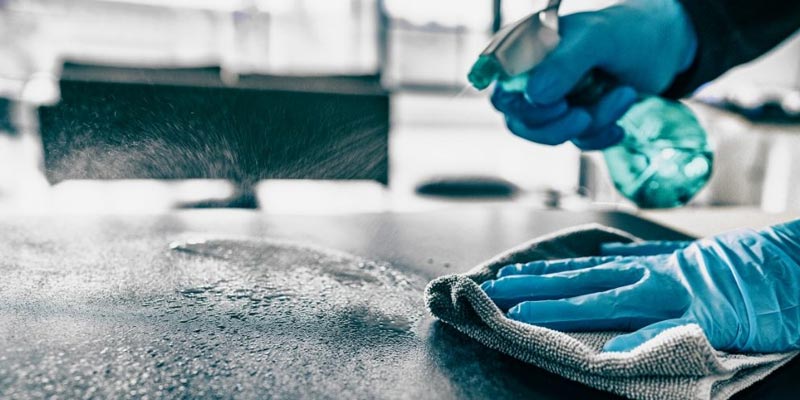 Every day the news has the same headlines – another heath care facility is faced with a closure due to yet another problem with Clostridium difficile, methicillin resistant Staphylococcus aureus, Aspergillus fumigatus, Legionella pneumophila or something else. Health care environments, unfortunately, are little more than “germ condominiums” from the perspective of opportunistic infectious microbes, a myriad of places for bacteria, viruses and fungi to grow, reproduce or simply just survive.

Many of the environments with health care settings, such as door knobs, light switches and other high-touch surfaces, are cleaned and disinfected frequently with a variety of cleaning and disinfection chemicals. Others are either simply not cleaned at all (such as the interior of ventilation systems and wall cavities) or are cleaned less often (such as computer keyboards, telephone buttons and elevator controls). Our ability to control the growth and survival of microbes – and reduce exposure – has become dependent in part upon the cleaners and disinfectants that we use, both how they work and how often they are used.

The cleaners – or antimicrobial and disinfection agents – that we use can be broadly divided into two main groups, bound and unbound. These terms refer to whether or not the antimicrobial has the capacity to molecularly bond to the surface on which it is applied (bound) or whether it simply is used as a “wash” or ”coating” (unbound).

An unbound chemical, such as ethyl alcohol, any of the quaternary ammonium compounds (quats), peroxide, formaldehyde, metal ions and other topical disinfectants, must be applied to and then diffuse or leach from the treated surface and be consumed by the microorganism to be effective. These chemicals are intended to act quickly and dissipate equally quickly to minimize the danger to humans and treated objects. Many, including those used routinely in health care environments to clean hard non-porous surfaces such as faucets, door knobs, light switches, etc are simply wiped away after a brief contact time or just evaporate.

The microbes on the surfaces are killed upon contact. Others use the time release capsule approach and obtain a longer working life by burying the antimicrobial in a paint, glue, binder or other coating and counting on slow migration to the surface. However, these must diffuse away from the carrier and create a zone of inhibition in order to function properly.

Once inside the organism, the chemical agent will either act like a poison, interrupting some key metabolic, or life sustaining process of the cell and causing it to die, or oxidize the cell, causing it to be digested away. Once the antimicrobial has dried or is depleted or has been washed away during regular maintenance, protection vanishes. This is why high touch surfaces must be cleaned routinely – the chemicals used have no lasting effect.

This is not an unintended deficiency; instead, it is what they are meant to do. Microbes transferred from their source to hands (handwashing is also extremely valuable in reducing germ transfer) and then to unprotected (but perhaps recently cleaned or disinfected) objects such as door knobs are not destroyed by contact with the objects. Instead, they remain there until they die or become non-viable, are removed at a subsequent cleaning or are transferred to another individual. It is this transfer of viable microbes that, if prevented or controlled, can lower risk by lowering frequently of exposure.

After application, unbound antimicrobials buried within carriers continue to diffuse or leach from the treated surface. As this diffusion continues, the concentration of the active ingredient eventually becomes diluted below effective levels. Under these conditions, microorganisms have the ability to adapt or build up a tolerance to these particular antimicrobials. Highly resistant strains can develop that are immune to what was once an effective dose.

The mode of action of some unbound chemicals, especially strong oxidizers such as accelerated peroxide and concentrated bleach, renders then unsuitable for use on porous surfaces including textiles.

The chemistry of these products is unique. Typically, a conventional quaternary ammonium salt is chemically spliced to a silane molecule, resulting in a highly active molecule that has both tenacious bonding capabilities as well as excellent antimicrobial properties. Once applied to a target surface it initially bonds to the surface on all available receptor sites (principally H+). Afterward, stable bonds between remaining OHsites on the molecule and the positive charge on the nitrogen atoms (N+) form, resulting in the creation of a large co-polymer involving the target and the organo-silane.

Since there is no unused residue once the water evaporates, there is no dislodgeable residue and no odour, leaching, off-gassing, migration or diffusion of the molecule can occur. On a doorknob, for example, antimicrobial protection is extended past the initial application and drying period and will continue to destroy microbes on contact until the surface is either covered with dirt or is abraded away. Since cleaning is routine in health care environments, occlusion by dirt and organic debris is extremely improbable.

On most high-touch surfaces with typical abrasion, the antimicrobial activity will be effective for about a year. On surfaces not routinely abraded, such as walls and fabrics, the protection can be essentially indefinite.

All conventional antimicrobials used legally in Canada, including quaternary ammonium salts, bleach, peroxides, alcohols, phenols, formaldehydes, paint formulations, etc., work on the basis of diffusion away from the treated surface. This promotes adaptation loss of activity, leaching, diffusion, and creation of zones of inhibition. Quite simply, their effect is short-lived. Reactive organo-silane chemistry, however, is essentially permanent, and treated surfaces benefit from extended antimicrobial protection that can be measured in months and years.

Albert Einstein one said that we should look to methods to solve problems that were better than the methods that we used to create them. Reducing risk in health care environments can be augmented by using chemistries that permanently attach disinfecting agents to the target surfaces, providing continuous protection that does not promote genetic adaptation by the organisms and that does not pose unnecessary risk to the ultimate organisms being protected – us.

The world has changed. Clean is no longer CLEAN ENOUGH.

Get Help from Our Experts

Schedule a free consultation with our indoor environmental experts now!